If you need a new generator, or you have an existing generator that needs service or repair, our proactive and well thought out plans are successful!

Send an email with your information.

Do you have questions about how to check or change your oil during a power outage?

Send an email with your question.

What is a managed, whole house generator?

Size is important, a load calculation for your electrical needs will be necessary, we can help.

How much of your home can be covered with the generator, with the correct management, all of it! 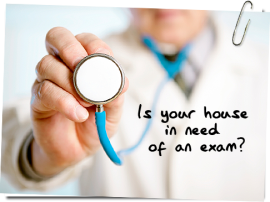 We leave nothing to chance!

Generators should be installed as if they will always encounter worse case scenarios.  Systems installed without this philosophy will generally fail when you need them the most.  There is a difference between a generator running the weekly run period and a generator actually providing the electrical source for your home or business during an extended utility outage event.

All manufacturers recommend a complete inspection of generating power systems before they are put into service.  As a consumer you should require a comprehensive start up, including load testing with an external load bank, before the generator source is connected to your home or business.  To do it any other way would be taking a risk that could ultimately cost you more than the worth of the generator!

We can perform the following services during an inspection of your generator system:

Load Testing utilizing external load bank in order to monitor and or calibrate the following:

Although residential and small commercial generators have been available for years, there is still a lot of bad representation by companies and a misconception by the consumer.  A generator is not something you can simply start up and run and just because the engine starts, think that the generator is as it should be.  There are several components of a generator, the engine, battery, and starter motor are only 3 of those components.  To provide analysis of a system, a company would need to look at everything in order to provide an accurate picture and condition of the complete generator system.

Your form message has been successfully sent.

You have entered the following data:

Print | Sitemap
Under the DMCA or Digital Millennium Copyright Act, all content published online is protected under copyright law, regardless of it having the copyright symbol on the page. Any content, no matter the form it takes (whether digital, print, or media) is protected under copyright law. The author takes no responsibility for the timeliness, accuracy, completeness or quality of the information provided. The author is in no event liable for damages of any kind incurred or suffered as a result of the use or non-use of the information presented on this website or the use of defective or incomplete information unless the author has been acting deliberately or in a wantonly negligent manner. The contents of this website are subject to confirmation and not binding. The author expressly reserves the right to alter, amend or remove pages, whole and in part, without prior notice or to discontinue publication for a period of time or even completely.